Alzheimer’s, a type of Dementia, progresses slowly when diagnosed. There are generally three stages that occur: mild, moderate, and severe; according to the Alzheimer’s Association. Due to the fact that Alzheimer’s affect everyone in different ways, the timing and severity of the symptoms varies with each person. Therefore, each case is different and the rate at which the disease progresses varies.

The three stages that are described below are an overall idea of how a person’s abilities change once these symptoms appear. This should only be used as a general guide.

The early stage of Alzheimer’s may seem as though they are acting normal, but are just forgetful. A person may function independently. He or she is able to do normal activities, such as driving, working, or taking part in social activities. While these activities occur, the person may feel as though they are having memory lapses. Some common difficulties that a doctor may detect to determine early stage Alzheimer’s include:

The middle stage, or moderate Alzheimer’s, typically lasts for many years and it is knowingly the longest stage. As the disease progresses, the person with Alzheimer’s will require a greater level of care. During this stage, the symptoms are more pronounced. Loved ones may notice the person confusing words, getting frustrated or angry, or acting in unexpected ways, such as refusing to bathe. The person will also have greater difficulty performing tasks, such as paying bills, but they may still remember significant details about their life.

Symptoms are noticeable during this stage and they include:

During the final stage of the disease, the symptoms become severe. Those who are diagnosed lose the ability to respond to their environment, carry on a conversation, and even control movement. Communicating becomes difficult. Personality changes may also take place when memory and cognitive skills worsen. At this stage, individuals may:

To reiterate, these stages are general. There are times when a loved one may show symptoms that are listed in two stages, or even all. All cases are different and this guide provides general information of what to expect. Therefore, it may be difficult to place a person with Alzheimer’s in a specific stage as stages may overlap.

Your loved one, regardless of what stage they may be with Alzheimer’s, can be cared and loved for by our caregivers. Caring Loving Sharing Caregivers are here to provide the best professional in home senior care that caters to their needs. Contact us today to learn more about our services! 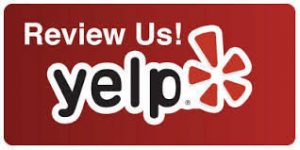 Scott Burg
16:10 27 Apr 20
Professional and caring staff. Cls group they genuinely care for your loved ones. We are so very grateful to the team... for the care. Reliable,good communication..read more

Jane Smith
18:10 29 Feb 20
Thank you so much for your time and effort for taking care my dad with his dementia care needs.it is delight to have... them with us. My dad caregiver was very helpful. Professional and friendly...read more

Robert Bar
08:37 27 Feb 20
Caring loving sharing caregivers the best company , Quality Caregivers. My mom so happy to be with her... caregiver. Number one communication with the family. Thank you so much for all you do It makes all the difference to us !!read more

Elian Castleberry
22:36 05 Dec 19
Caring loving sharing is a wonderful company, the caregivers are courteous on time and very loving ...has good... communication skills . And owner this company are hands on and involved...read more

Lean Murphy
08:12 13 Aug 18
Thank you so much for taking care my Mother.. Jill and caregivers is amazing and so responsive. Truly concerned for... the well being of their clients .. Very professional, quality caregivers!! Thanks for Caring Loving and Sharing .read more

Dave Baster
00:00 10 Nov 17
Regarding my Mother ,Jill and the CNA that worked with us was comforting ,supportive and kind .She was very experienced... and shared a great deal of knowledge about her condition . I'm a grateful client . My mother had excellent , Reliable care in our own home . Thank you for All your kindness and support . Sincerely , Baster Familyread more

It has been on my mind for so long in writing to you this note. I cannot express in words how wonderful you and your caregiver, Maria, have been in caring for my father. Your warm, compassionate and detailed support has not only aided in his continued improvement; you have taken so much pressure off of me and my husband. You are one of a kind. With deepest appreciation, Nancy S.

Our family was in absolute shock when notified by our mother’s doctor of her diagnosis. Living so far away, we felt helpless in how she would be cared for after leaving the hospital. Our prayers were answered when we found you and your agency. Not only are your services a “10”, you communicate with me frequently, putting me at peace of mind. My mother adores you all. Thanks and God bless, Sarah M.

“It became overwhelming when my brother and I were informed that both of our parents would be in need of care giving services. Particularly the need for 24/7 care and the deteriorating level of our fathers’ dementia. Your experience in dealing with those issues was quickly recognized by all of us. We know what good hands out parents are in. The name of your agency so accurately represents who you are.” Melanie N. and William S.